I hope everyone is having an amazing holiday! I’m personally writing this from my new Macbook Pro, courtesy of my boyfriend, so as you can see, Santa was very good to me this year.

As it turns out, Santa is also being good to Alice costumers, as we have a new spot courtesy of the lovely Anna: a beautiful sequin flapper dress from Kate Moss’ Topshop line. 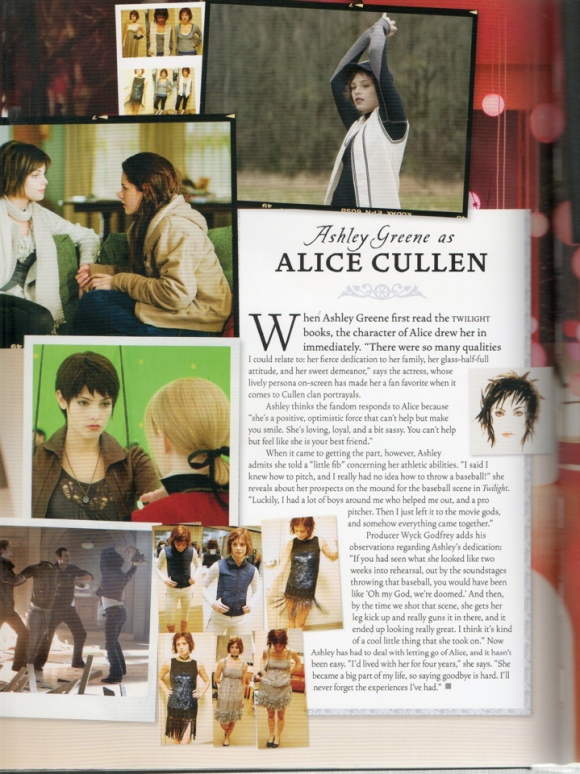 See that? You can see Alice wearing it in two very small pictures above, which makes Anna’s spotting of this even more impressive.

Anna once read an interview with Ashley Greene where she discussed the fact that, for Twilight, she and Jackson Rathbone filmed scenes for the prom that were cut for time. Ashley described a beautiful dress with a lot of movement that was fun to dance in, and what would be more fun to dance in than a sequined, fringed flapper dress? You can see the potential for movement even in the small shot above!

Here it is on a model, where you get a much better idea of the shape:

And here it is by itself: 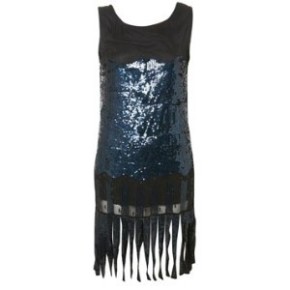 If you’re looking for this dress, there are a few search terms you might want to try:

Luckily, there are a few on eBay – but they’re expensive, and they’re mostly in larger sizes. However, just remember that due to the brand, the sizing is all UK, and the US equivalent will be a smaller number. Anna has also learned that the dress runs small, so plan accordingly – this dress will likely be shipping exclusively from the UK, so returns will be harder!

I don’t know about you guys, but I’m pretty convinced that this dress is what Alice wore to prom in Twilight. And I have to say – while it may not be to everyone’s taste, at least it’s better than the geometric nightmare that Stephenie Meyer envisioned.

Yeah, let’s forget we ever saw that.