Cosplaying Alice Cullen has given me so many amazing opportunities in life. I’ve been able to travel to beautiful locations in the United States, made friendships that will last a lifetime, and explored the part of me that loves to perform and meet new people.

Unfortunately, there is a downside. And I don’t think I’m the only one who feels it.

Whether we like it or not, cosplay puts a set of expectations – both internal and external – on the person wearing the costume. Once you don that costume, you automatically open yourself up to the thought – and even criticism – of other people.

Here’s some feedback members of the Olympic Coven alone have gotten:

Your Rosalie isn’t thin or pretty enough to be the most beautiful woman in the world.

Your Jacob isn’t muscular enough. Shouldn’t he have a six pack?

Yeah – it’s petty. And that’s just the tip of the iceberg.

I’ve received my fair share of criticism, too. At one point or another, I’ve been called weird-looking, disgraceful, ugly, and even compared to a “naked mole rat.” Commenters on the Internet – especially anonymous ones – can be particularly cruel.

But you know what? They have absolutely nothing on what I say to myself. 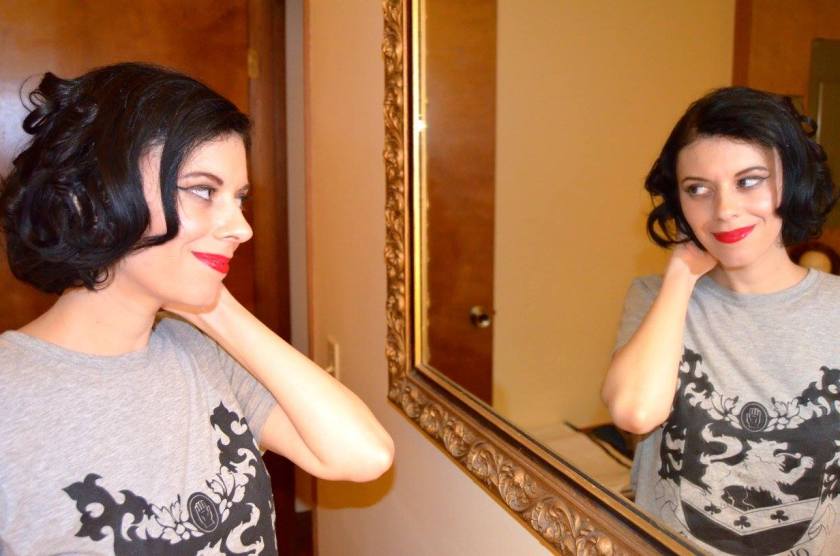 My own worst enemy.

Everyone knows what Alice looks like: short and delicate, with fine features. Pixie-like, with the grace and carriage of a dancer. Fashionable to the point that anyone without a Cullen-sized bank account can barely compete.

And to be honest, I struggle to keep up with that expectation.

I think about those things all the time now – whether people think I’m too tall to play a character who’s 4’10 when I’m nearly 5’3. Whether people will notice if I return to Forever Twilight in Forks and I’m not as thin as I was the year before. Whether my skin looks bad and can’t be fixed with layers of vampire makeup. Whether I’m not well-groomed enough to portray someone who’s supposed to be perfect. And that’s just the beginning. It goes on and on.

I’m not an athlete, or a dancer. Do I have any business playing this character? Are people disappointed when I don’t showcase amazing choreography at events?

My teeth aren’t straight enough. Should I get Invisalign?

Maybe my nose isn’t small enough. What are my options?

How young is too young for Botox? For fillers?

How quickly can I lose weight for the next event without being unhealthy or dangerous?

Call me crazy if you want to, but these are all actual thoughts that have gone through my head. And believe me, it’s something I still struggle with, no matter how many compliments I receive.

When I think about it, it isn’t cosplaying Alice that made me feel this way. Not really.  I always had the capacity to think like this. It just came out when my image became something that people could broadly critique, whether it’s online or whispered in corners at events.

But like I said, I’m not the only one who feels this way. Ashley Greene surely felt it, too. People told her she wasn’t small or delicate enough to play Alice, and the result was a visible weight loss that you could track from film to film.

What I really want people to know is that if they ever have days where they hate themselves or don’t feel good enough, they aren’t alone. And maybe this year will be the year that we finally see our own worth and stop worrying about what other people think of us.