Well, it’s been a long time since I’ve actively tried to look for this trench – I got a little bit discouraged after some very kind customer service representatives at Banana Republic couldn’t find it in 12 seasons worth of look books. They told me that they didn’t have definitive proof that it wasn’t Banana Republic, despite that – but to me, that was pretty telling.

So, when I had some extra time today, I decided to do some Google searching. My goal was to see if anyone has uncovered a link between the white trench and any brands. On a random Twilight blog, wherein its author mentioned wanting the trench, someone left this comment back in 2010:

I think the Trench Coat is from Burberry. My mother was in London 2008 and she said, she saw this one. Sadly she bought a different now. I emailed Burberry London and they said, it is the one that my mom saw. It’s 1750 pounds.

Burberry? Well, I’d definitely never thought of that. And since the comment was so specific, I was oddly convinced – so I went looking for a shot of the jacket’s lining, if one existed. This is what I found, which I’ve cropped and lightened for visibility: 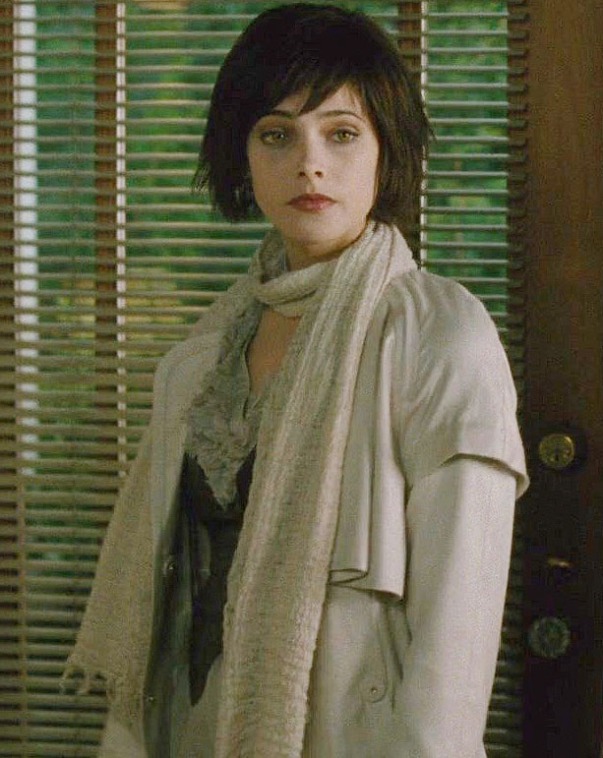 I can’t see Burberry’s distinct checked lining inside the coat, but I’ve entertained the theory that you can’t actually see that deeply inside the coat in that photo. What you’re actually looking at is the outer flap of the coat, which hasn’t been buttoned up and is therefore folded in on itself, making it look like there’s no lining where there should be.

A lot of people have entertained the idea that this coat was created by wardrobe and was never actually for sale. Ashley Greene was quoted in an interview during New Moon press, and her words made me think it could go either way:

“I got to wear the best costumes. Tish Monaghan, the costume designer, found these great jackets — a white silk trench coat a striped Michael Kors jacket — and paired them with black tights and a flat ballet shoes and long red gloves. They were great and so quirky.”

Did she refer to it only as a “white silk trench” because she didn’t know the brand, or because there wasn’t one? She did, after all, refer to the Michael Kors coat by name.

But on the other hand… she says Tish Monaghan FOUND both coats. You can’t find a coat you’ve created. Which means I’m completely at a loss.

What do you think? Is this trench like any Burberry coat you’ve ever seen? Here’s what we know about it:

Any theories? I’d love to hear them. I’m not convinced it’s Burberry – I really have nothing but a random blog comment to go off of – but it’s more potential information than I had yesterday!